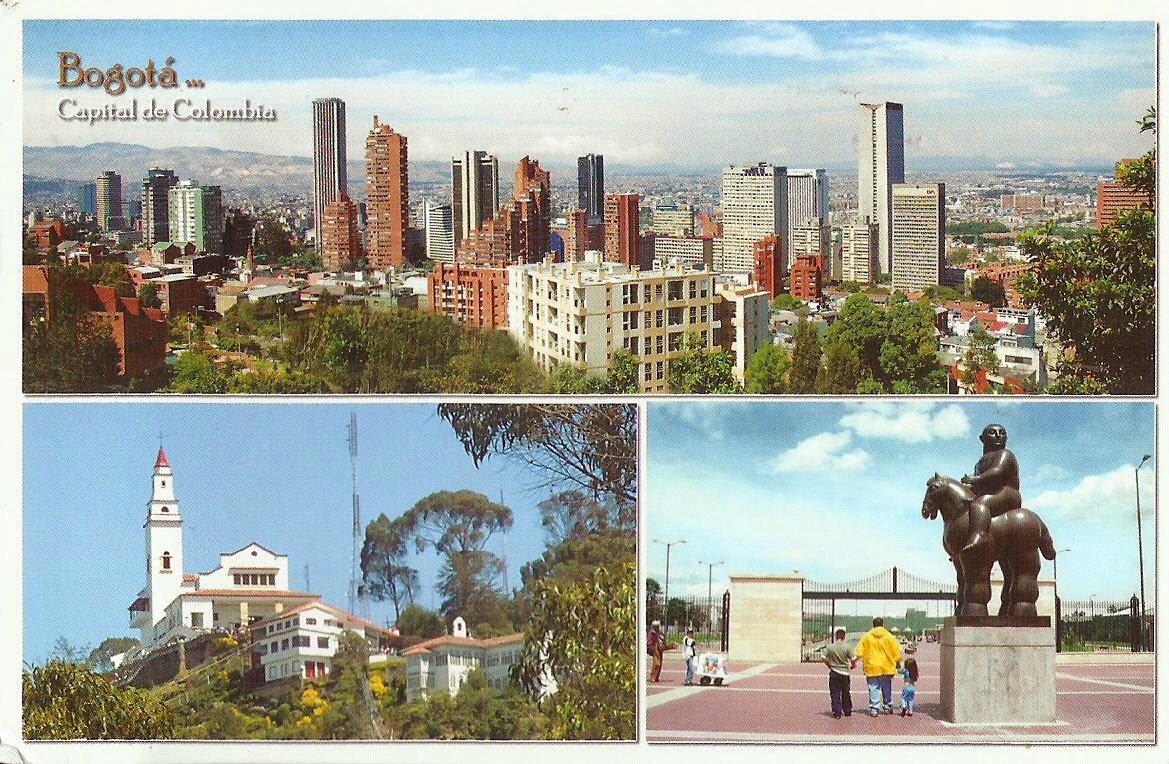 Sent by Eduardo from Bogotá, Colombia.

Bogotá, formally Bogotá, Capital District (Spanish: Bogotá, Distrito Capital), from 1991 to 2000 called Santafé de Bogotá, is the capital and largest city of Colombia. It is also designated by the national constitution as the capital of the department of Cundinamarca, though the city of Bogotá now comprises an independent capital district, and no longer belongs administratively to Cundinamarca. Bogotá is the most populous city in the country, with 6,778,691 inhabitants as of 2005. According to estimations the population would have risen to 7,363,782 by 2010. Bogotá and its metropolitan area, which includes municipalities such as Chía, Cota, Soacha, Cajicá and La Calera, had a population of around 8 million in 2010.

In terms of land area, Bogotá is the largest city in Colombia, and one of the biggest in Latin America. It figures among the 30 largest cities of the world and is the third-highest capital city in South America at 2,625 metres (8,612 ft) above sea level, after Quito and La Paz. With its many universities and libraries, Bogotá has in the past been called "The Athens of South America". Bogotá owns the largest moorland of the world, which is located in the Sumapaz Locality. The city is listed as global city of the Beta kind by the GaWC. (read further) 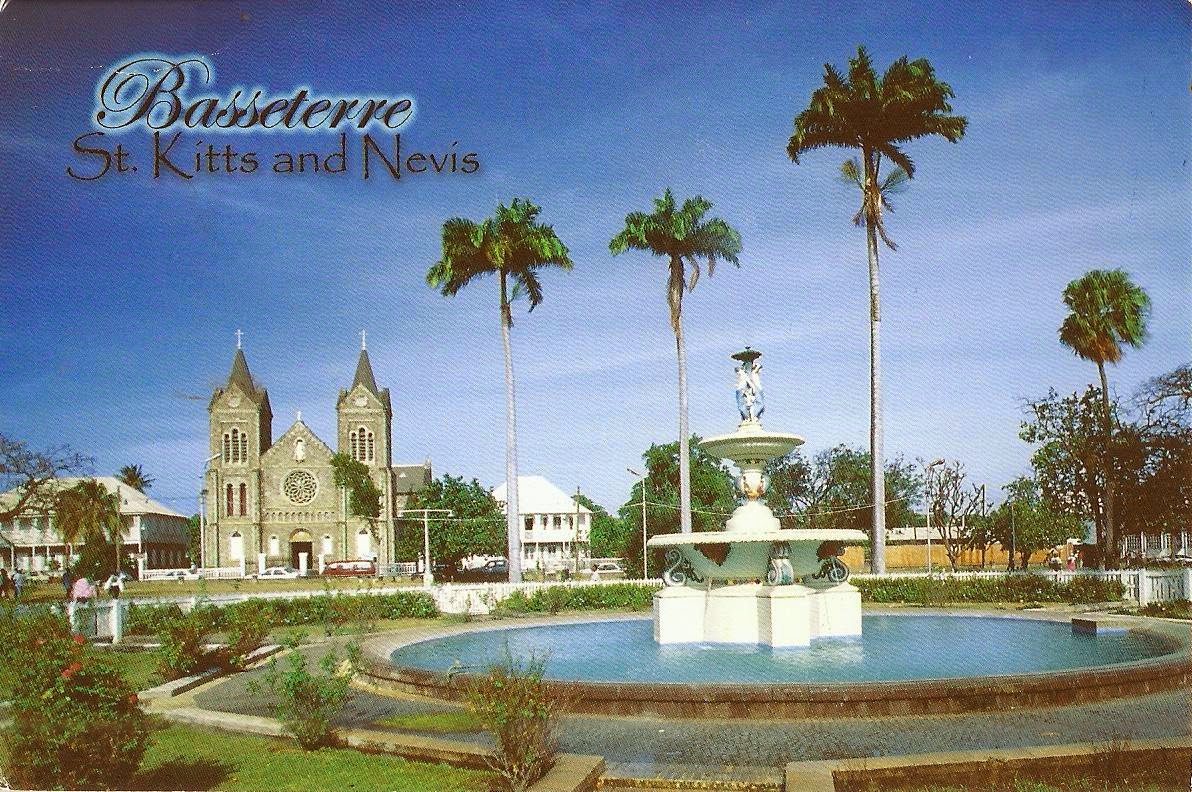 Sent by Monika from Basseterre, St. Kitts and Nevis. 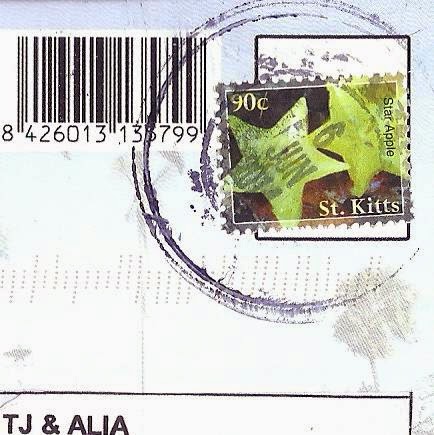 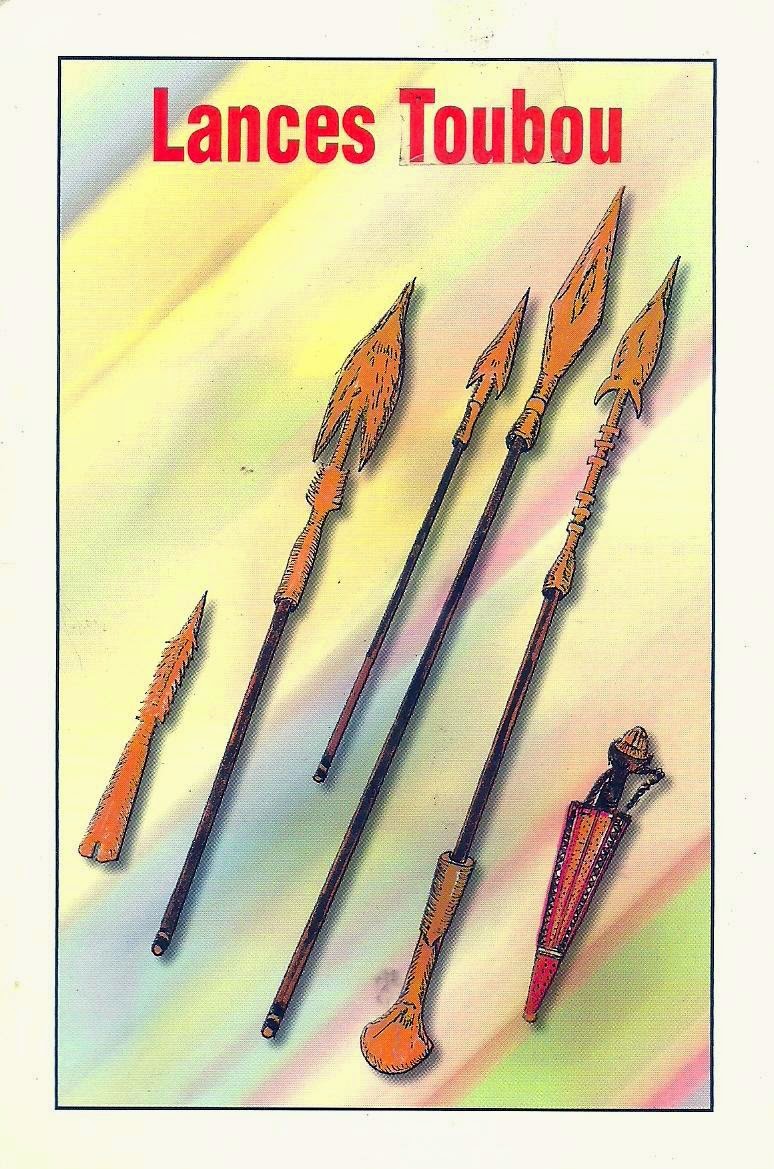 Sent by Abdoul-Karim from Gaya in Niger. 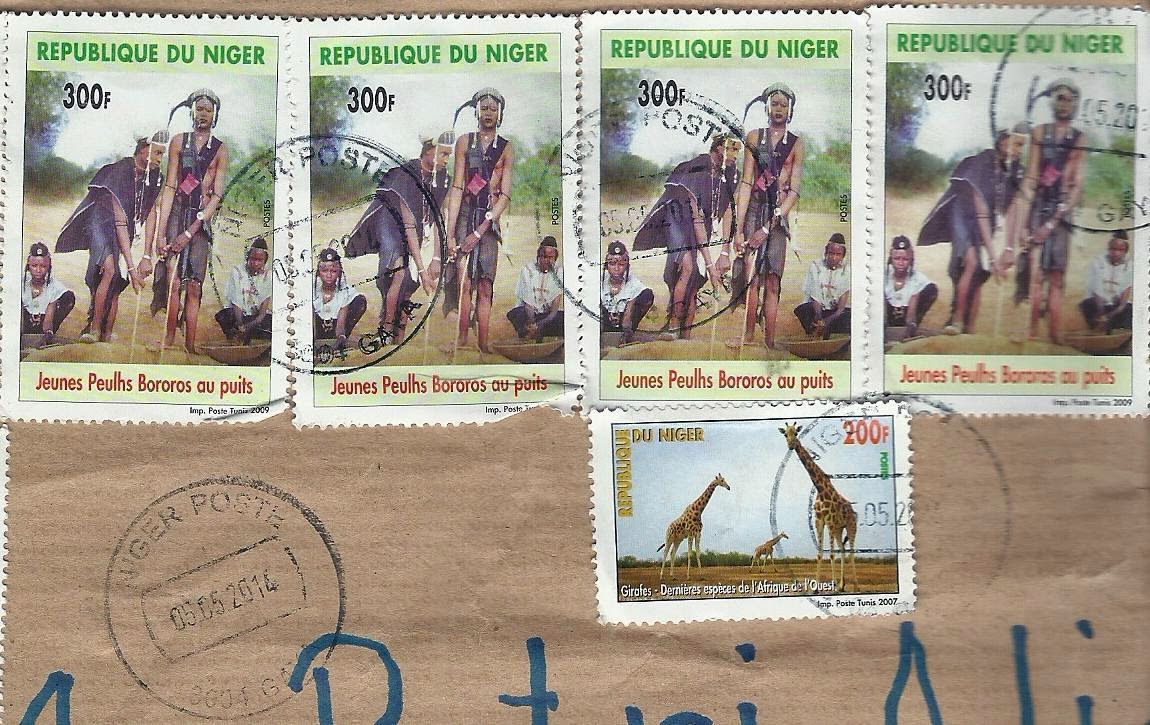 Email ThisBlogThis!Share to TwitterShare to FacebookShare to Pinterest
Labels: Niger 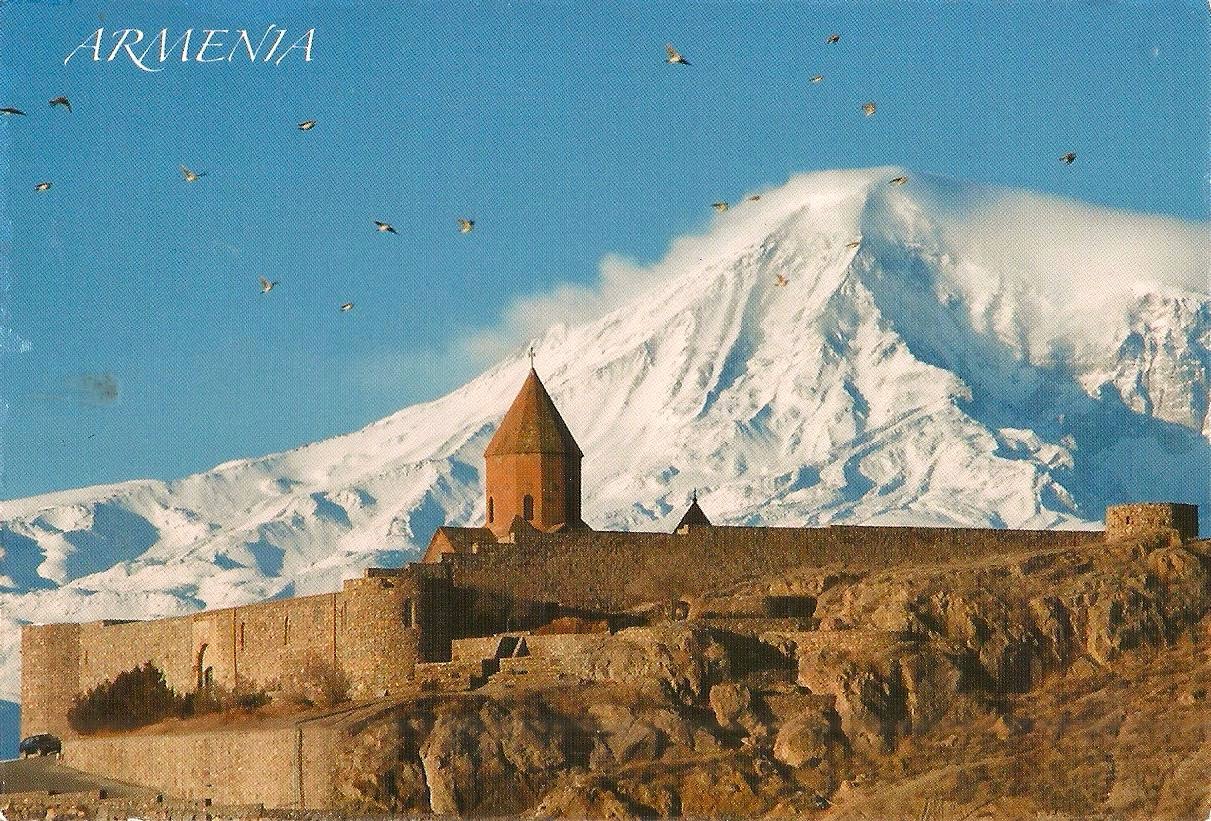 Sent by Emma and Staff from Yerevan, Armenia.

The Khor Virap (Armenian: Խոր Վիրապ, meaning deep pit or "deep well") is an Armenian Apostolic Church monastery located in the Ararat valley in Armenia, near the border with Turkey, about 8 kilometres (5.0 mi) south of Artashat, Ararat Province. The monastery was host to a theological seminary and was the residence of Armenian Catholicos. (read further) 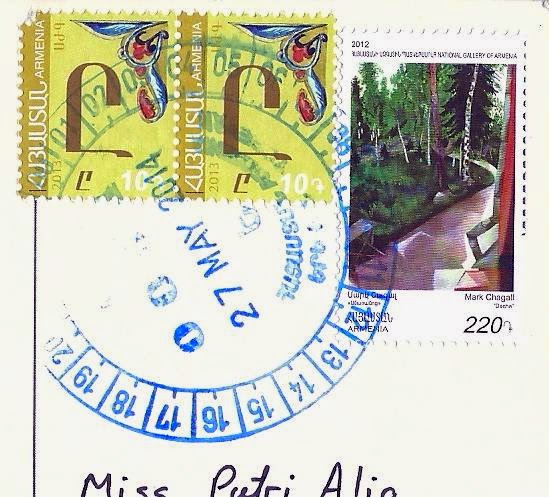 Email ThisBlogThis!Share to TwitterShare to FacebookShare to Pinterest
Labels: Armenia 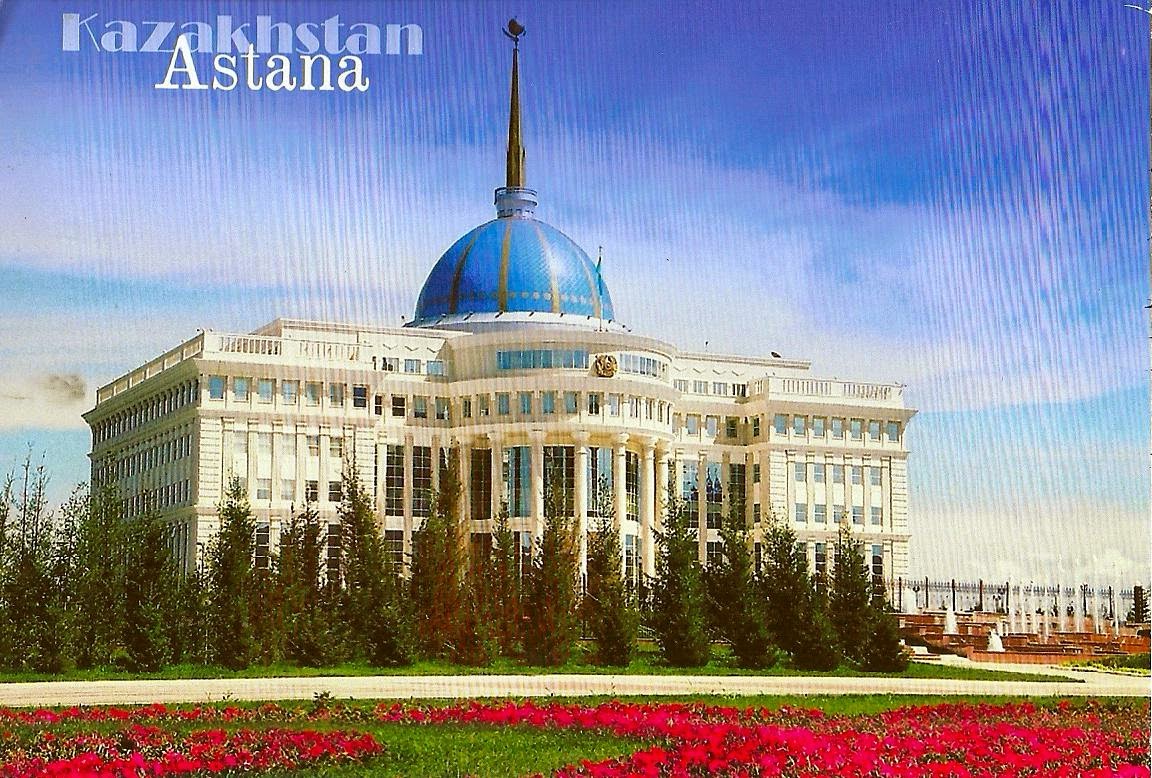 Sent by Ainagul from Astana, Kazakhstan.

Astana (Kazakh: Астана), formerly known as Akmola  (Kazakh: Ақмола / Aqmola) until 1998, Tselinograd (Russian:Целиноград) until 1992 and Akmolinsk (Russian: Акмолинск) until 1961), has been the capital of Kazakhstan since 1997, and is the country's second largest city (after Almaty, the former capital) with an officially estimated population of 814,401 as of 1 January 2014. It is located in the north portion of Kazakhstan, within Akmola Province, though administrated separately from the province as a federal city area. (read further) 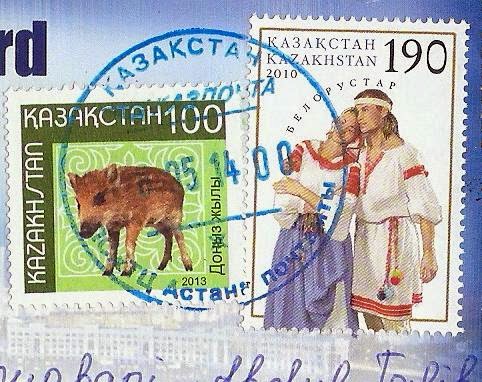 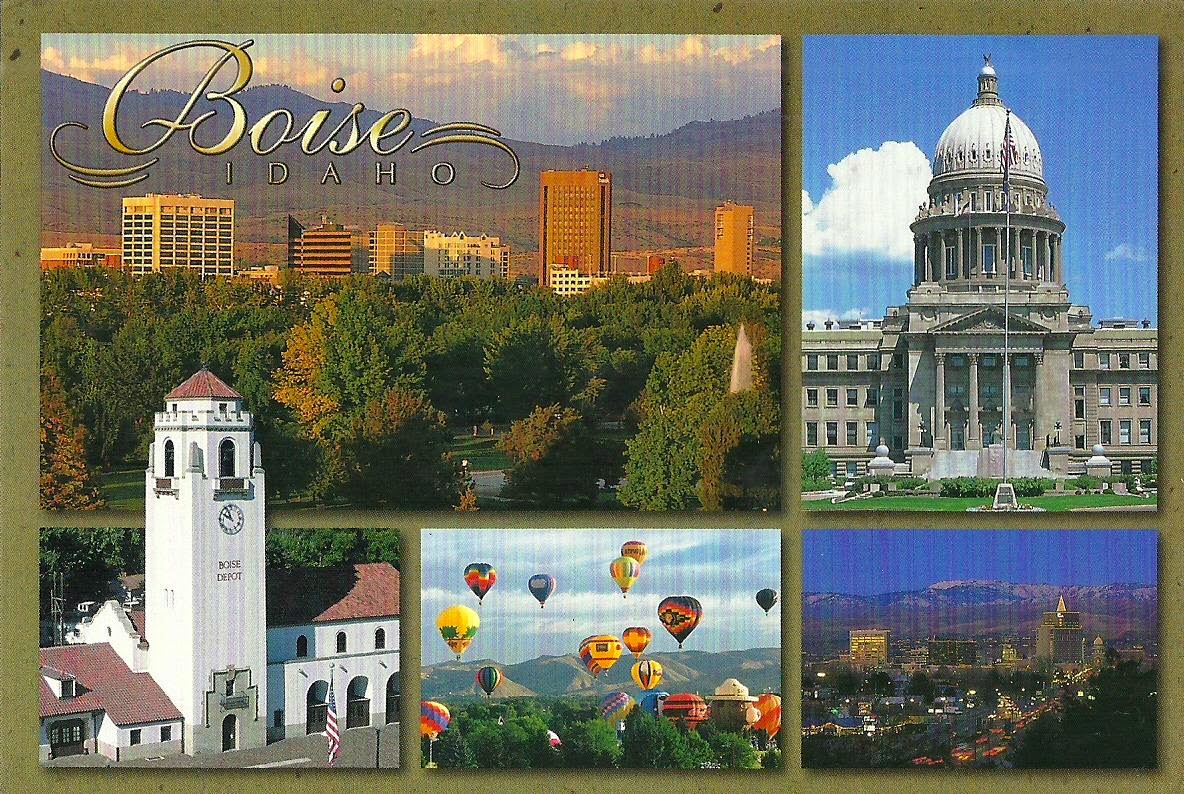 BOISE, IDAHO
Idaho's capital city is a place where you can enjoy just about anything. It combines the hometown atmosphere with high tech companies. There are endlessrecreational opportunities, along with cultural activities and picturesque parks.

Sent by Sijbrich from Boise, USA.

Boise (/ˈbɔɪsi/) is the capital and most populous city of the U.S. state of Idaho, as well as the county seat of Ada County. Located on the Boise River in southwestern Idaho, the population of Boise at the 2010 Census was 205,671, the 99th largest in the nation. Its estimated population in 2013 was 214,237. 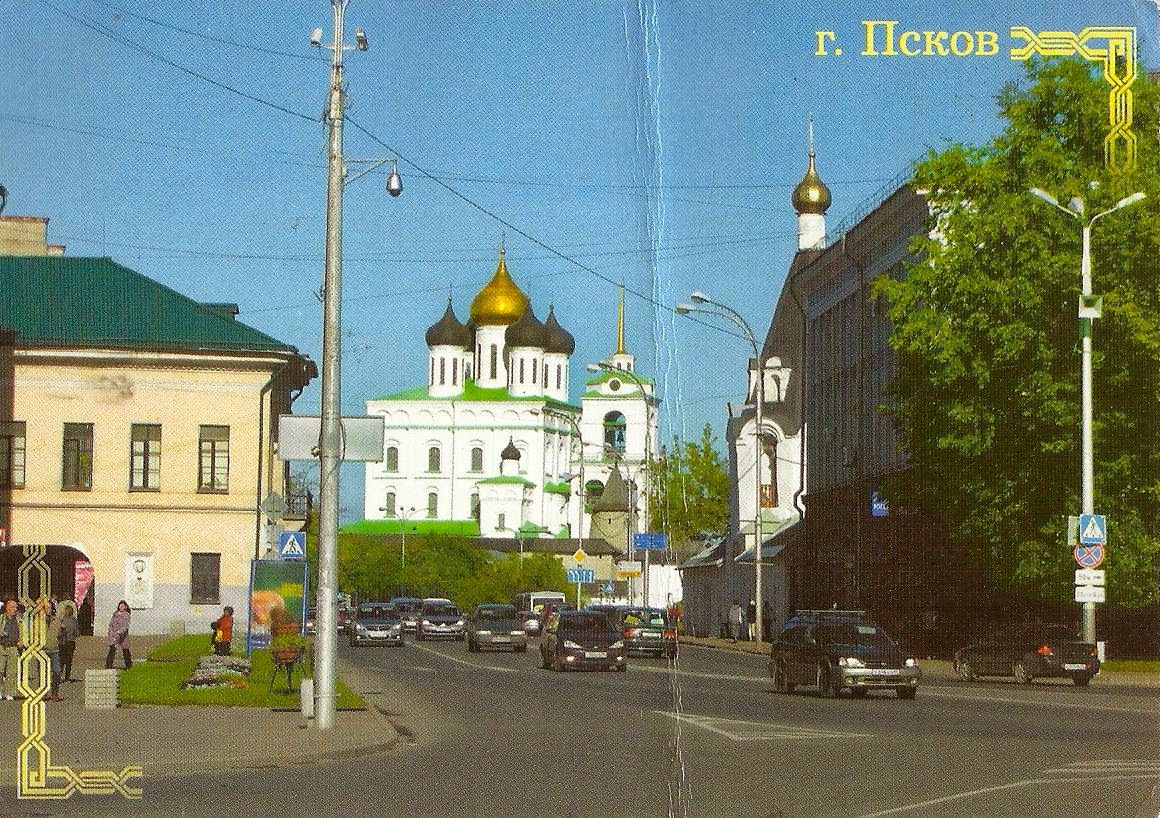 Krom (or Kremlin) in Pskov.

Sent by Alina from Pskov, Russia. 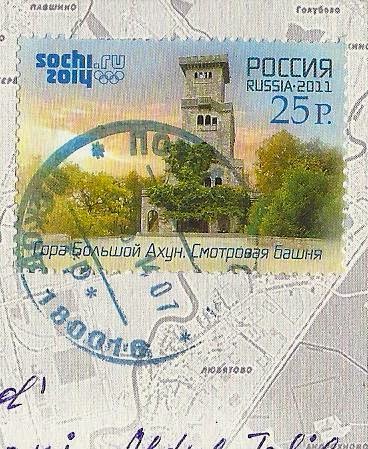 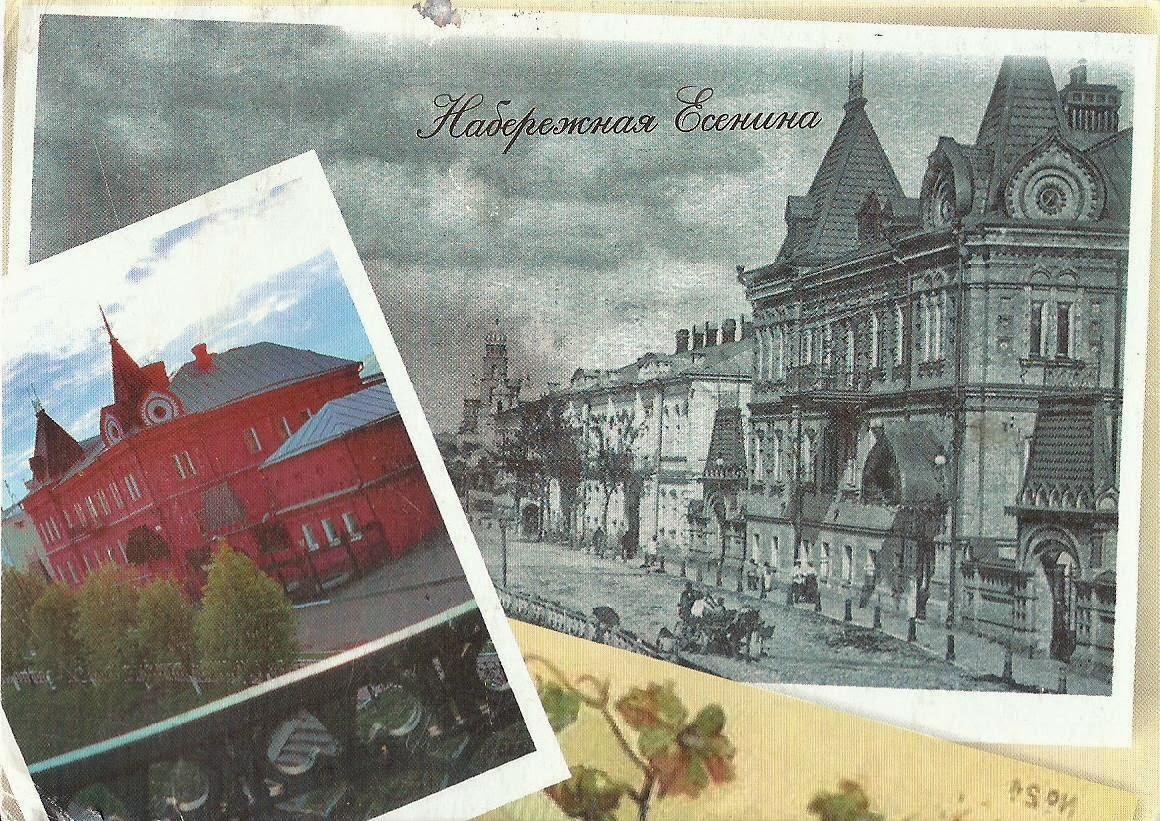 Sent by Lena from Orel/Oryol, Russia. 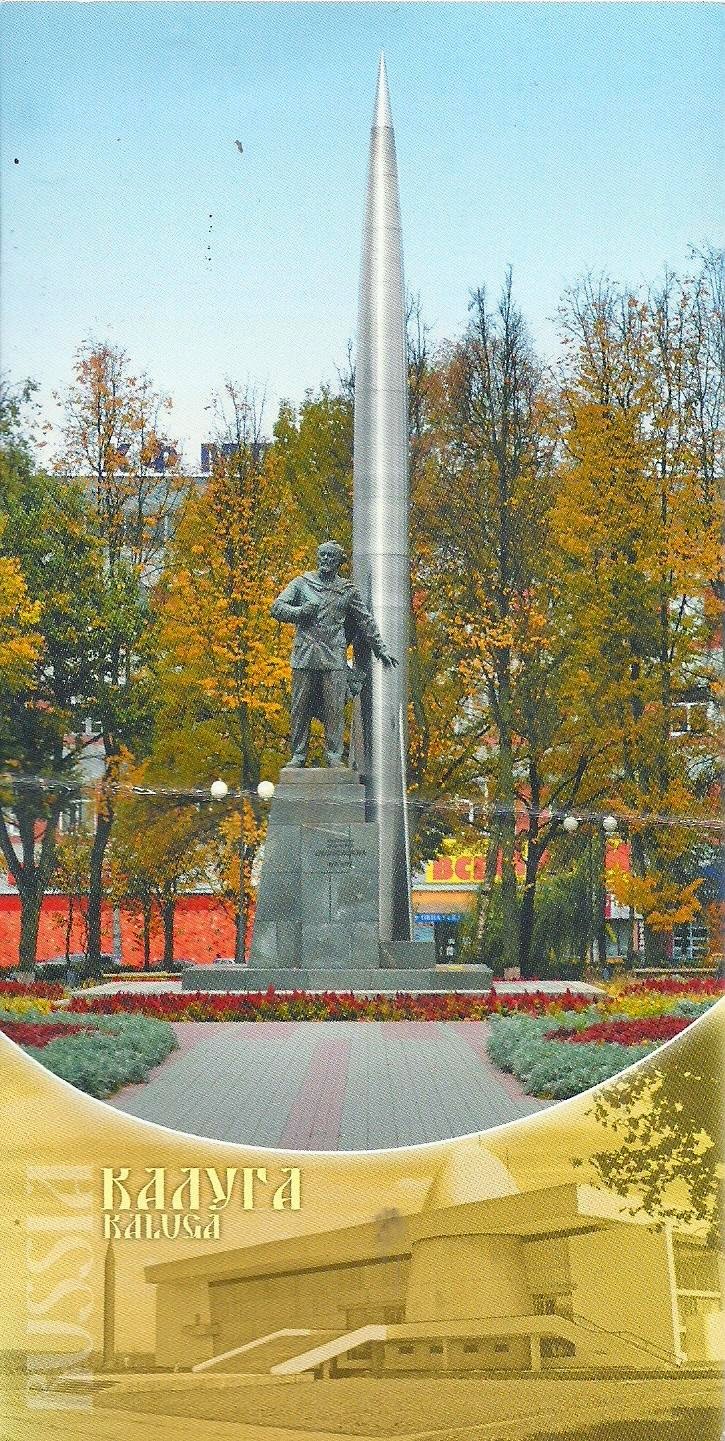 Sent by Jachenka from Kaluga, Russia. 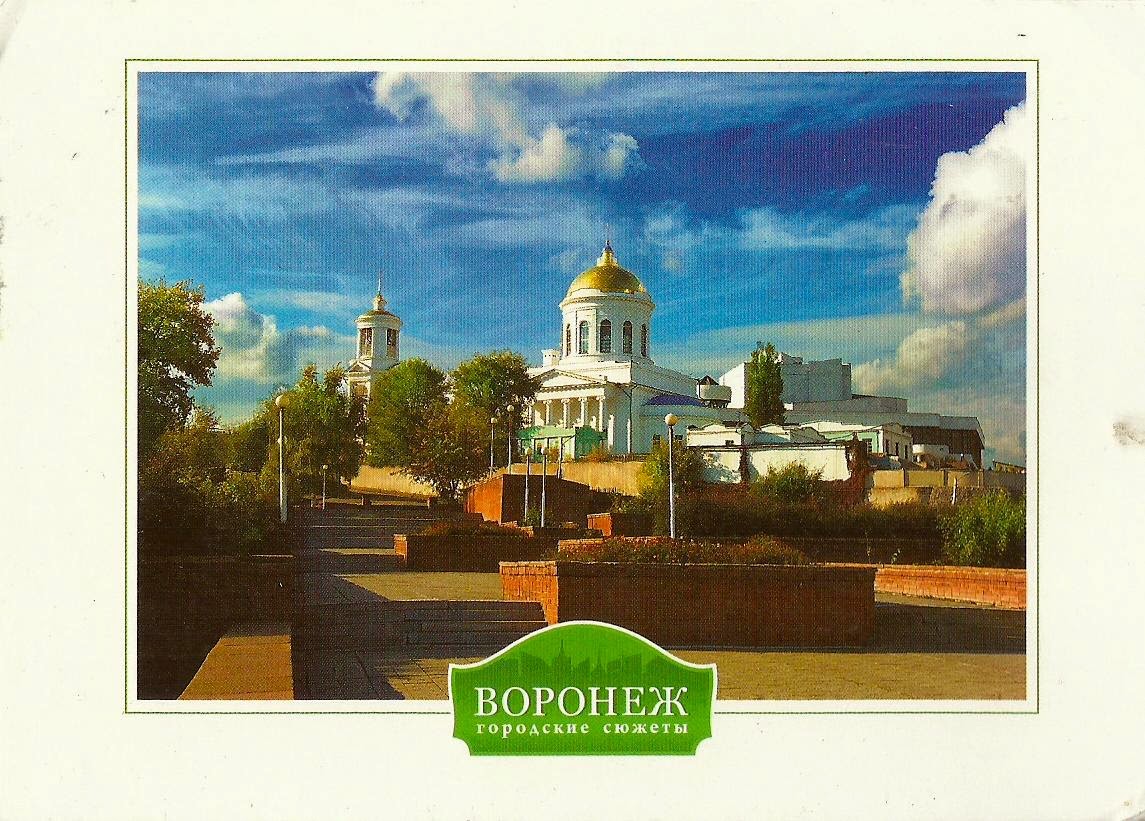 Sent by Alina from Voronezh, Russia.

Voronezh (Russian: Воронеж, IPA: [vɐˈronʲɪʂ]) is a city and the administrative center of Voronezh Oblast, Russia, located on both sides of the Voronezh River, 12 kilometers (7.5 mi) from where it flows into the Don. It is an operating center of the Southeastern Railway which connects European Russia with the Urals and Siberia, as well as the Caucasus and Ukraine). It is also the center of the M4 highway (Moscow-Voronezh-Rostov-on-Don). Population: 1,014,610 (2014 est.); 889,680 (2010 Census). (read further) 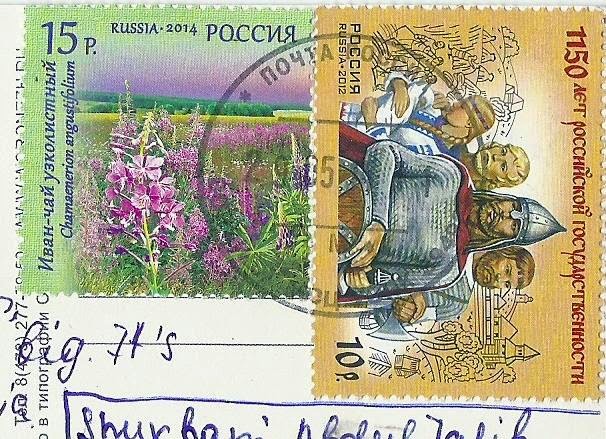 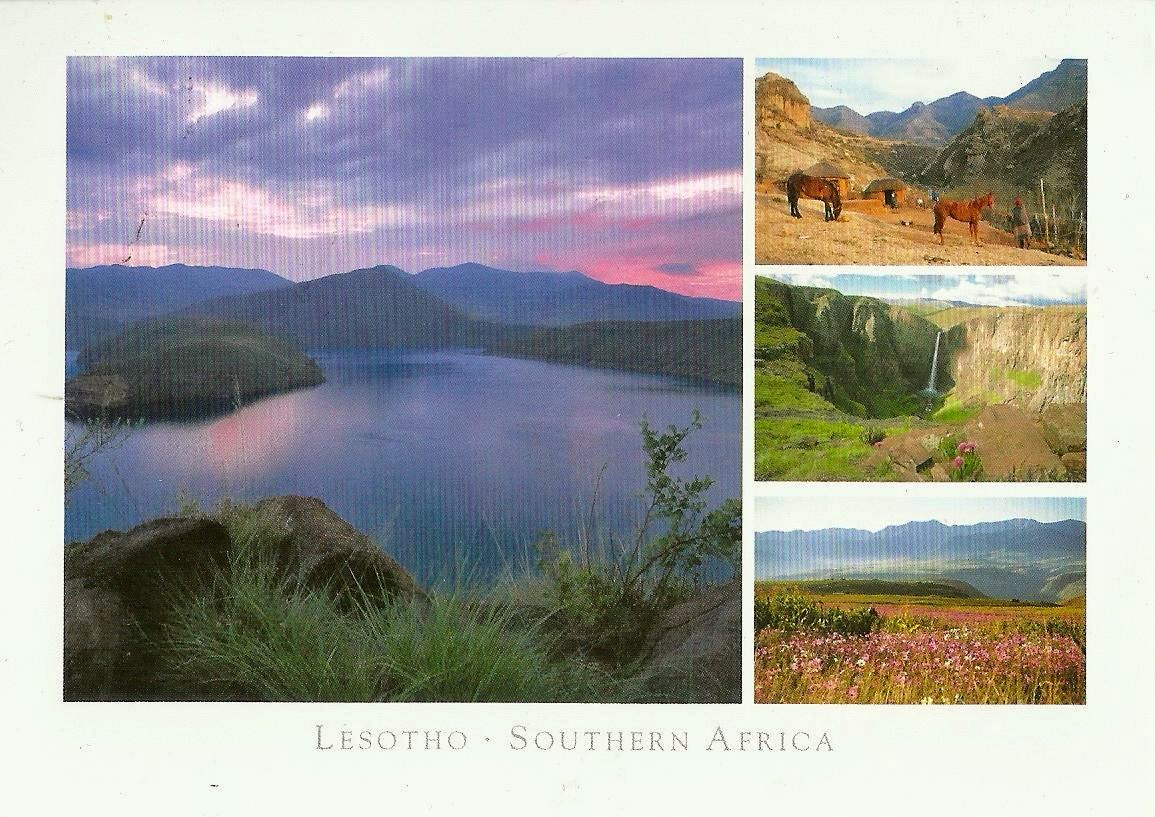 LESOTHO
Land of mountains and plateaux where the rugged terrain of this 'Kingdom in the Sky' is best covered by sturdy Basotho ponies.

Sent by Kelly's parents who visited Lesotho in May.

Lesotho (/lɨˈsuːtuː/ li-soo-too), officially the Kingdom of Lesotho, is a landlocked country completely surrounded by South Africa. It is just over 30,000 km2 (11,583 sq mi) in size and has a population slightly over two million. Its capital and largest city is Maseru. Lesotho is a member of the Commonwealth of Nations. The name Lesotho translates roughly into the land of the people who speak Sotho. About 40% of the population lives below the international poverty line of US $1.25 a day. (read further) 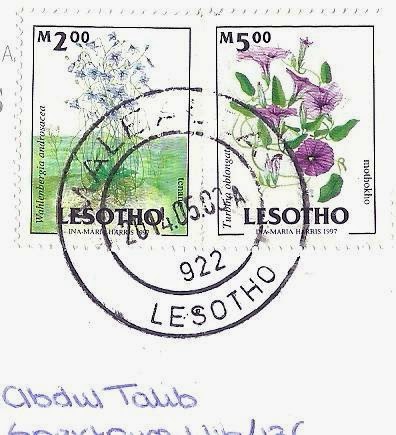 Email ThisBlogThis!Share to TwitterShare to FacebookShare to Pinterest
Labels: Lesotho 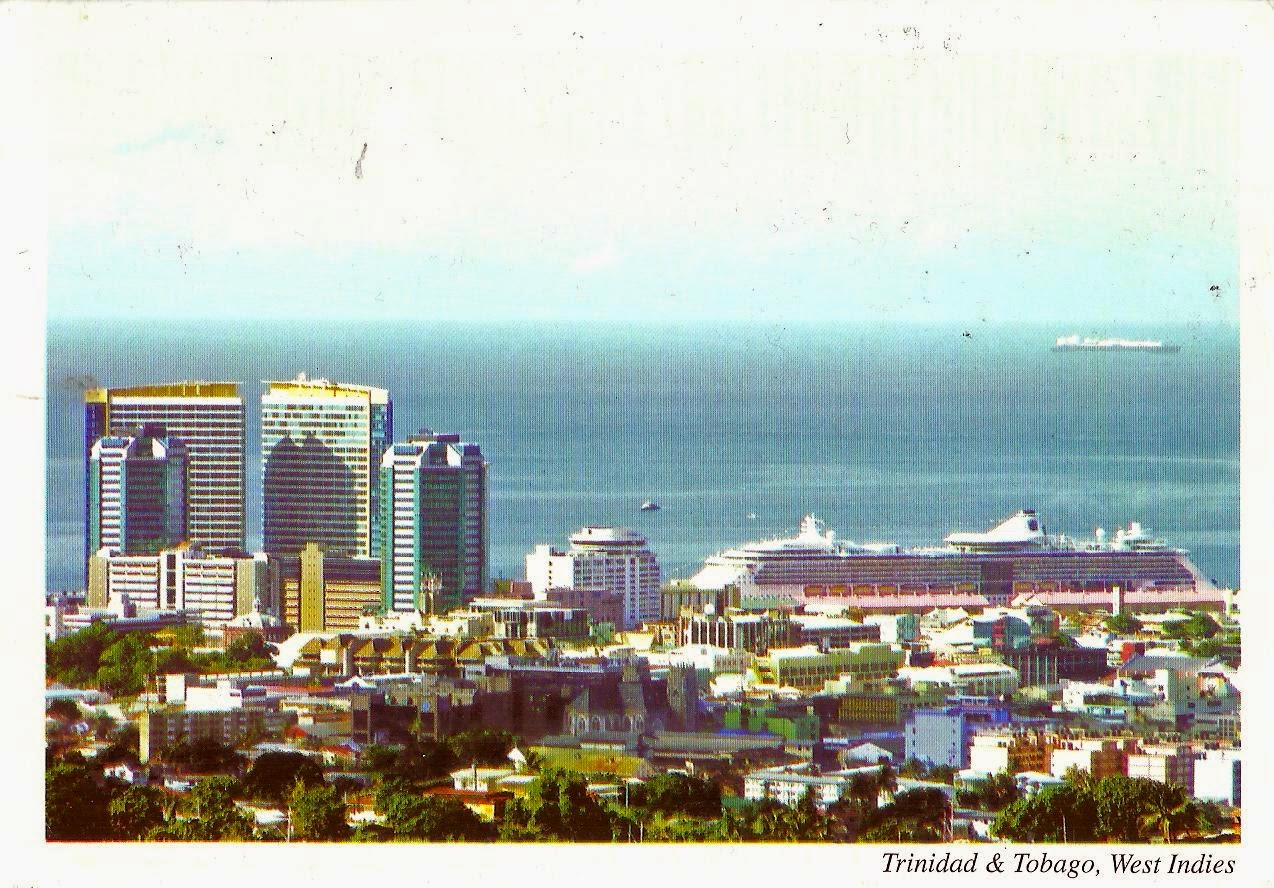 Port of Spain, Trinidad and Tobago

Sent by Shane from Port of Spain, Trinidad and Tobago.

Port of Spain, also written as Port-of-Spain, is the capital of the Republic of Trinidad and Tobago and the country's third-largest municipality, after San Fernando and Chaguanas. The city has a municipal population of 49,031 (2000 census), a metropolitan population of 128,026 (1990 unofficial estimate) and a transient daily population of 250,000. It is located on the Gulf of Paria, on the northwest coast of the island of Trinidad and is part of a larger conurbation stretching from Chaguaramas in the west to Arima in the east with an estimated population of 600,000.

The city serves primarily as a retail and administrative centre and it has been the capital of the island since 1757. It is also an important financial services centre for the Caribbean and is home to two of the largest banks in the region. (read further) 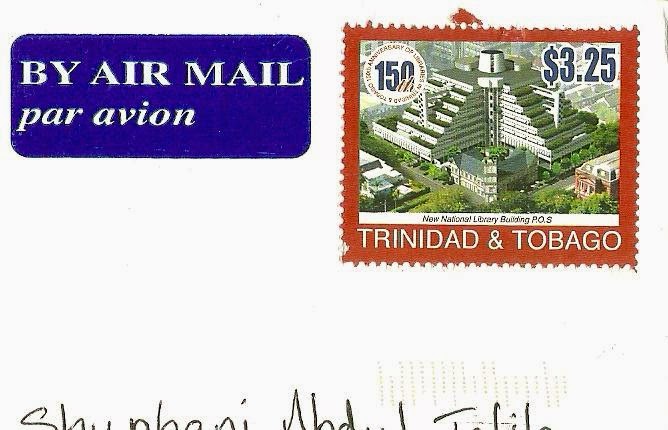 Email ThisBlogThis!Share to TwitterShare to FacebookShare to Pinterest
Labels: *Capitals, Trinidad And Tobago 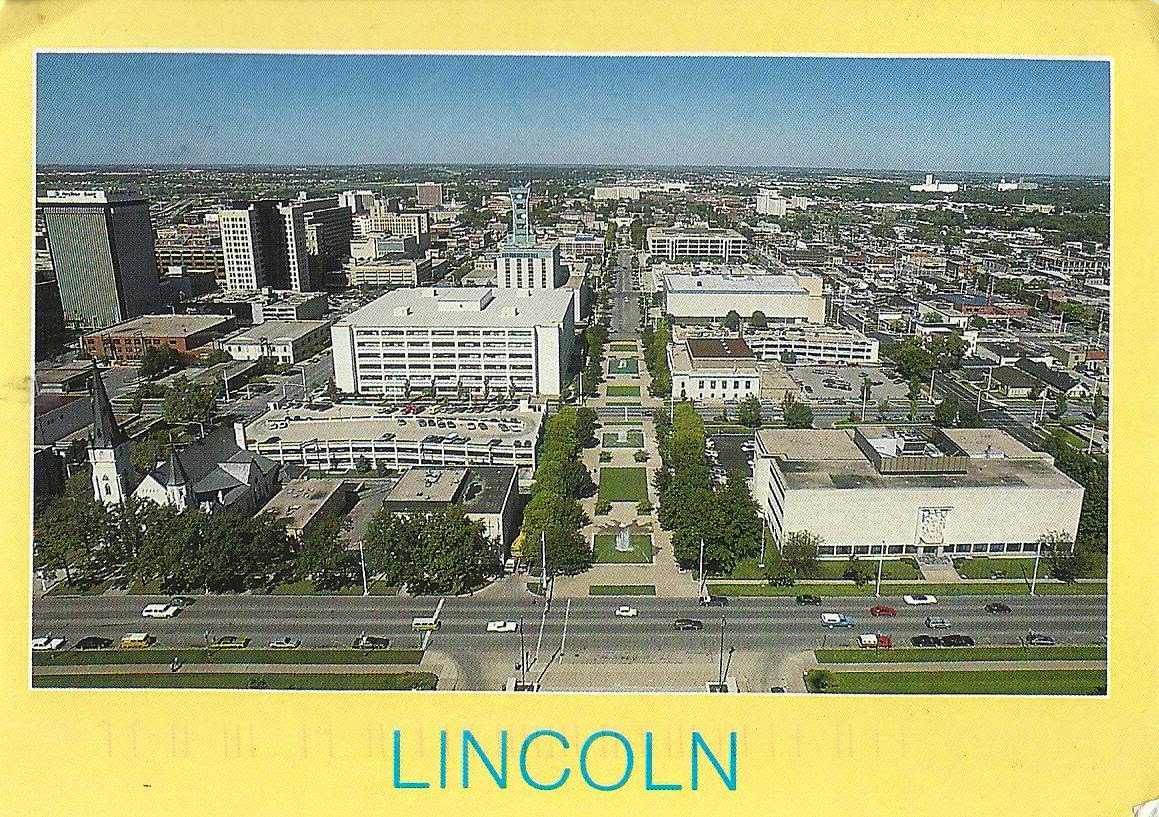 Lincoln, Nebraska
View from the Tower of the Nebraska State Capitol

Lincoln is the capital and the second-most populous city of the state of Nebraska, after Omaha. Lincoln is also the county seat of Lancaster County and the home of the University of Nebraska. Lincoln's population in 2012 was estimated at 265,404. 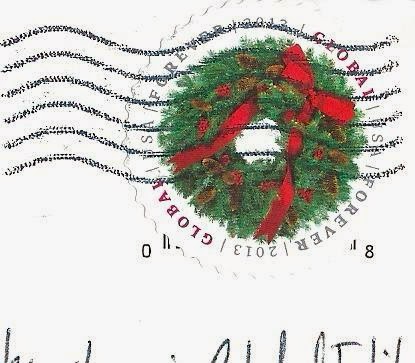 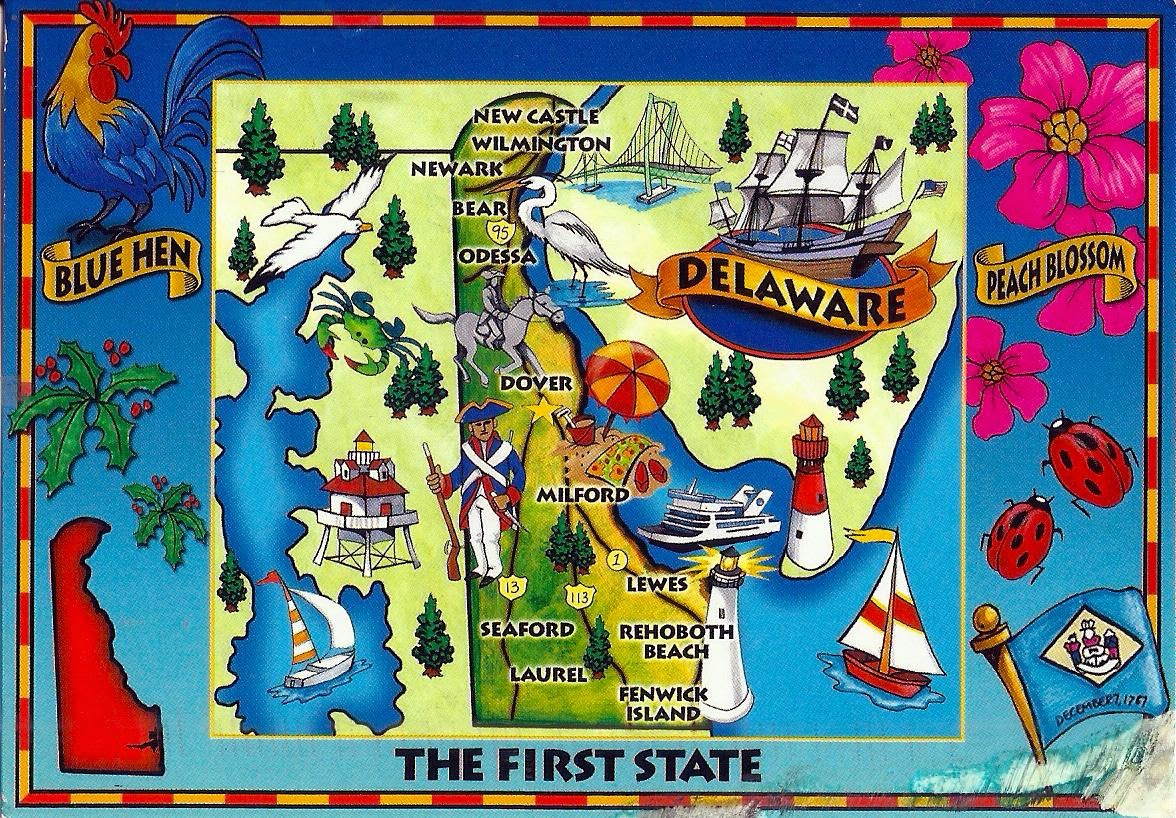 Sent by Sophie from Dover, USA.

Delaware (/ˈdɛləwɛər/) is a U.S. state located on the Atlantic Coast in the Mid-Atlantic region of the United States. It is bordered to the south and west by Maryland, to the northeast by New Jersey, and to the north by Pennsylvania. The state takes its name from Thomas West, 3rd Baron De La Warr, an English nobleman and Virginia's first colonial governor, after whom what is now called Cape Henlopen was originally named.

Delaware is located in the northeastern portion of the Delmarva Peninsula and is the second smallest, the sixth least populous, but the sixth most densely populated of the 50 United States. Delaware is divided into three counties. From north to south, these three counties are New Castle, Kent, and Sussex. While the southern two counties have historically been predominantly agricultural, New Castle County has been more industrialized. (read further) 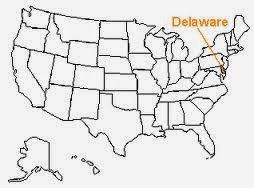 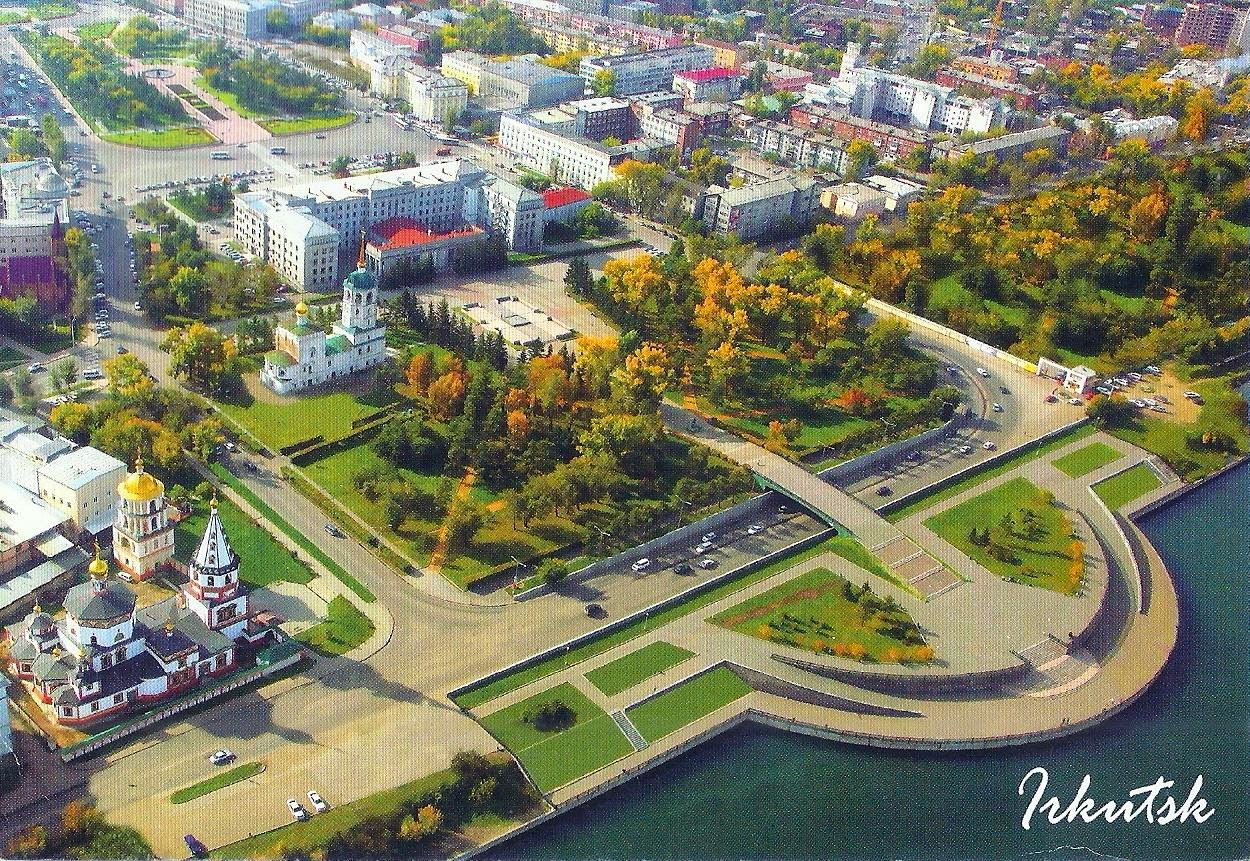 Sent by Anastasia from city of Irkutsk, Russia. 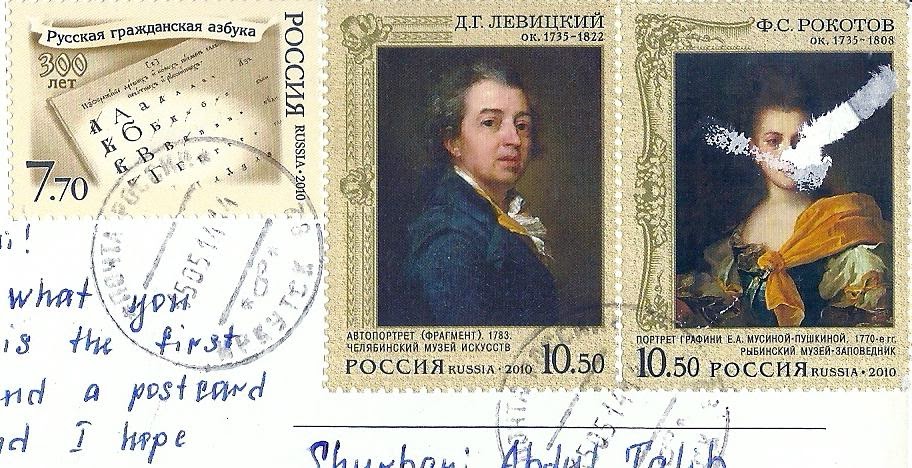 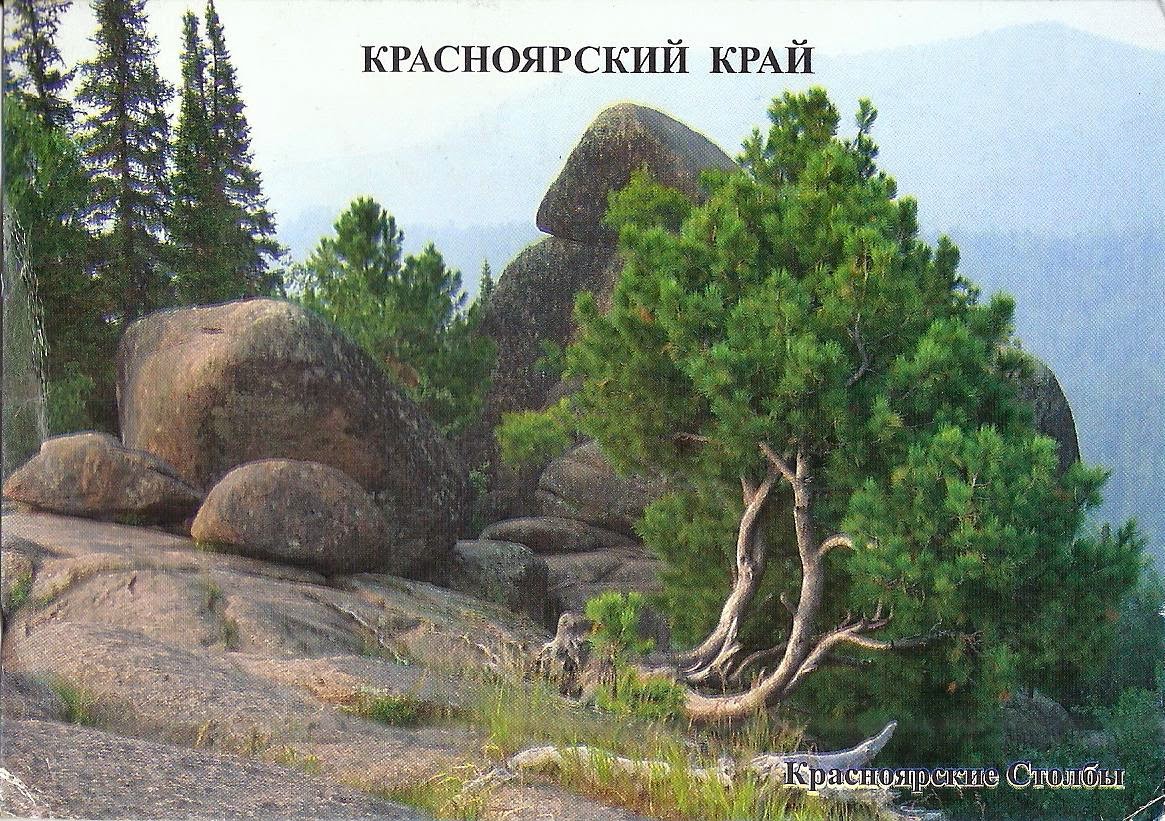 Sent by Ol'ka from Krasnoyarsk, Russia.

Krasnoyarsk Krai (Russian: Красноя́рский край, tr. Krasnoyarsky kray, IPA: [krəsnɐˈjærskʲɪj kraj]) is a federal subject of Russia (a krai). It is the second largest federal subject after the Sakha Republic, Russia's largest krai and the third largest subnational governing body by area in the world, occupying an area of 2,339,700 square kilometers (903,400 sq mi), which is 13% of the country's total territory. The administrative center of the krai is the city of Krasnoyarsk. Population: 2,828,187 (2010 Census). (read further) 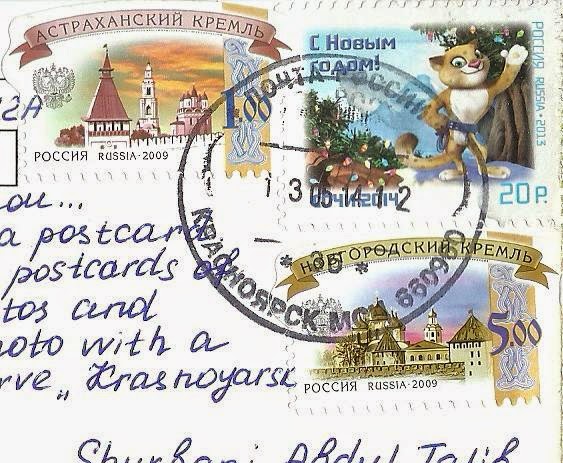 TJ AND ALIA
Petaling Jaya, Selangor, Malaysia
We started this project in late December 2009. If you love to swap, then let us know tjclassic8482 [at] yahoo dot com

Postcards from some countries are still not in our collections. If you want to help or to exchange, then send them (with your return address) to :

While welcoming any postcards from countries not in my collections, we are currently concentrating on getting postcards (stamped and postmarked) from the following countries/states/territories/regions/themes :

Fans on the page